It takes an Average 4-6 Weeks
to Renew all their Worn Feathers.

Swans use their Beak and Head to do most of their Preening.
The Tiny Feathers on their Heads become Worn.  If there is Iron in their Pond Water, this Mineral attaches to these Feathers.  Air interacts with the Iron Particles and Rust forms.  This Rusty Cap will be Renewed to a Clean White during their Annual Moult.

It is Easy to Spot their Large Primary Flight Feathers.

Their Preening Area will Look like a Pillow Exploded.

Nature timed the Adults Moult so the Female-Dam would be Grounded with her Tiny Cygnets.  The Male-Sire remains Full-Feathered so he is still able to Flog to Protect his Family. 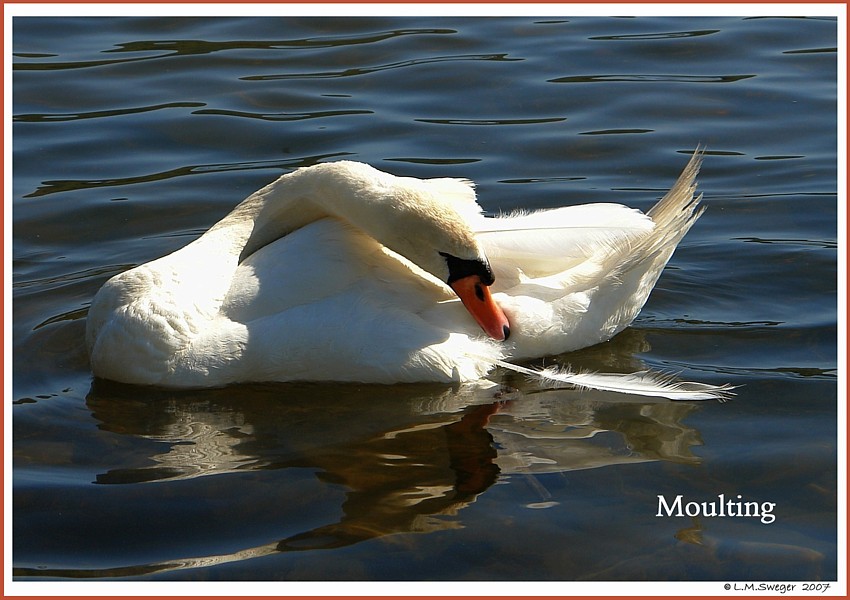 As the Female’s Primary Flight Feathers are growing in the Male will start his Moult.  This way they are not both Grounded at the same time.

As the New Feathers Emerge they are Itchy. 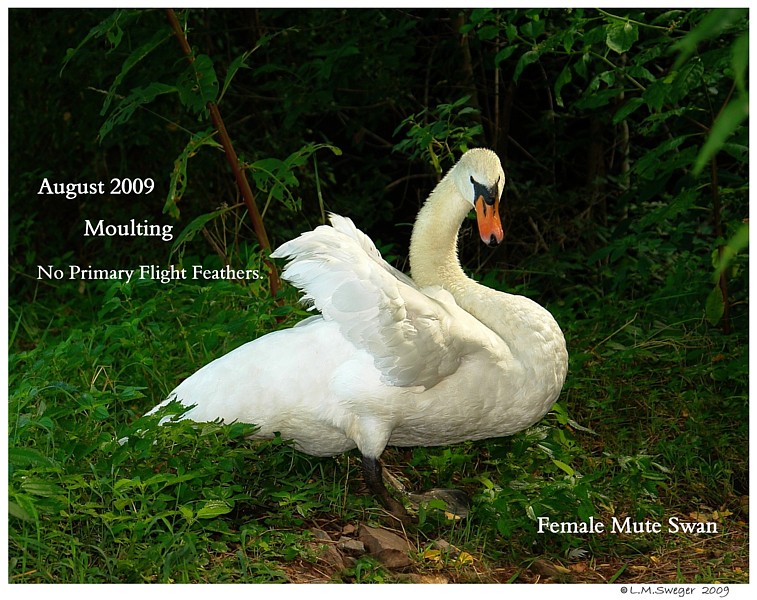 The Large Primary Flight Feathers are Blood Feathers
at this Stage.
So are many of the Larger Tail Feathers.

Remember the Cob and the Pen will Moult
at different times.
About 4 weeks apart.

If a Swan has a Poor Diet, is underweight, their Moult may be delayed.  Swans typically loss a Pound of Body Weight with the loss and regrowth of their Feathers. Good Nutrition will help keep your Swans Healthy. Also, the Females need to Replace what they lost laying their Clutch of Eggs.

The Blood Vessel in the Feather’s Shaft will start to
Atrophy once the Feathers have Fully Grown-in.

A Broken Blood Feather can result in Serious Bleeding.

If your Swans is Full-Winged and needs to be Clipped Annually this is when you need to start watching for your Opportunity.
DO NOT Cut any Pink or Purple area of a Feather
– Only where the Feather Shaft is White.

There is a Page to explain Clipping.
Clipping Captive Swan Pets to Keep them Grounded.
https://swanlovers.net/category/new-swan-owner-information/swans-grounded-flightless/clipping-captive-swan-pets/

This Page is Labeled Photos of General Swan Features. 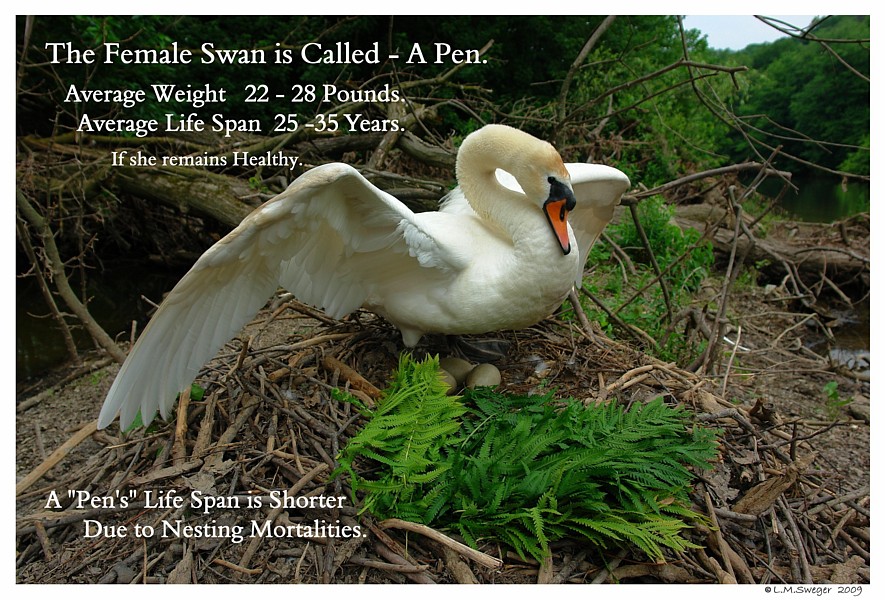 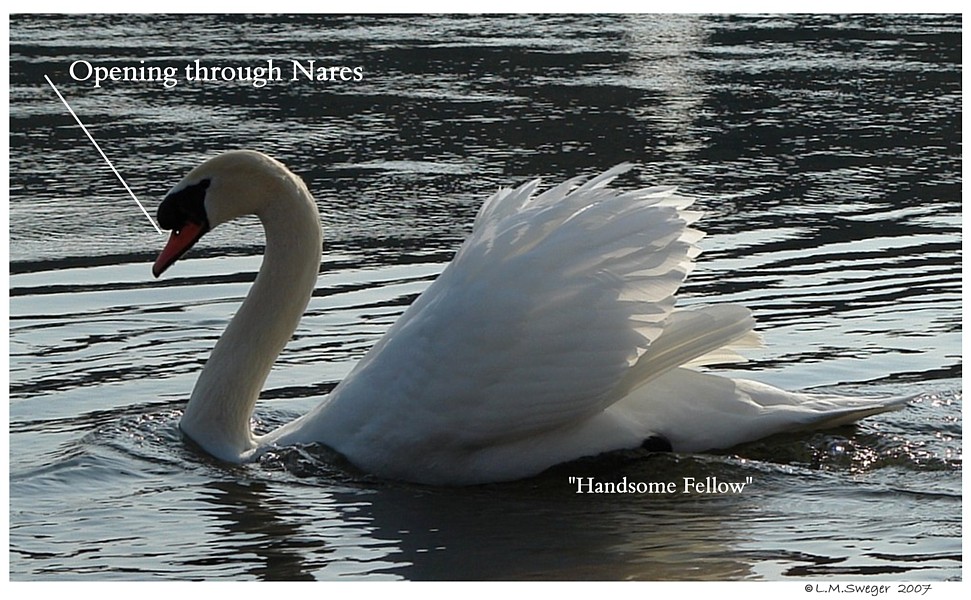 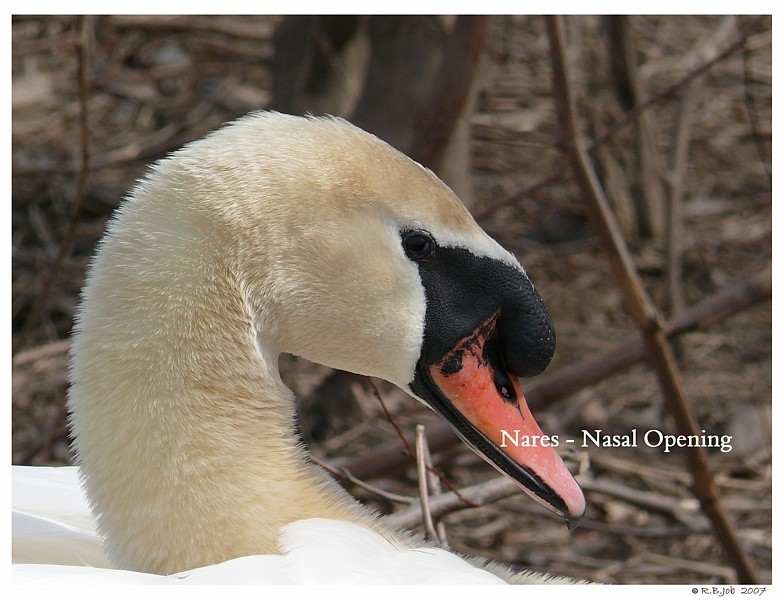 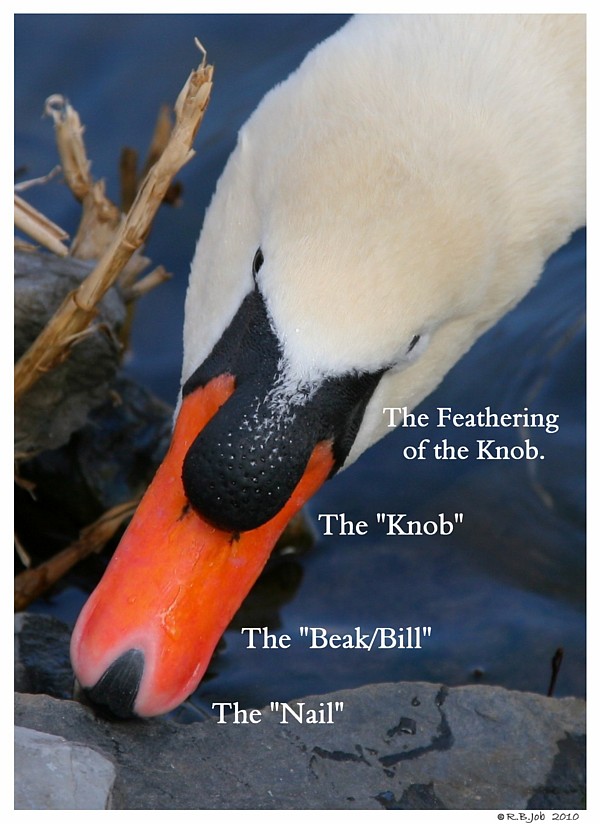 The Lamellae along the Beak helps the Swans Cut Plant Leaves and Grass.
Swans have Very Little Bite Pressure.
In ALL the Years I have been Working with Swans,
I have Never had a Bite that Cut or Punctured my Skin.
At Most their Bite is more of a Pinch.
In the Photo Above
Our Little Female was Playfully Untying my Husband’s Boot Lace.

The Cygnets Nails will Become Black as they Grow. 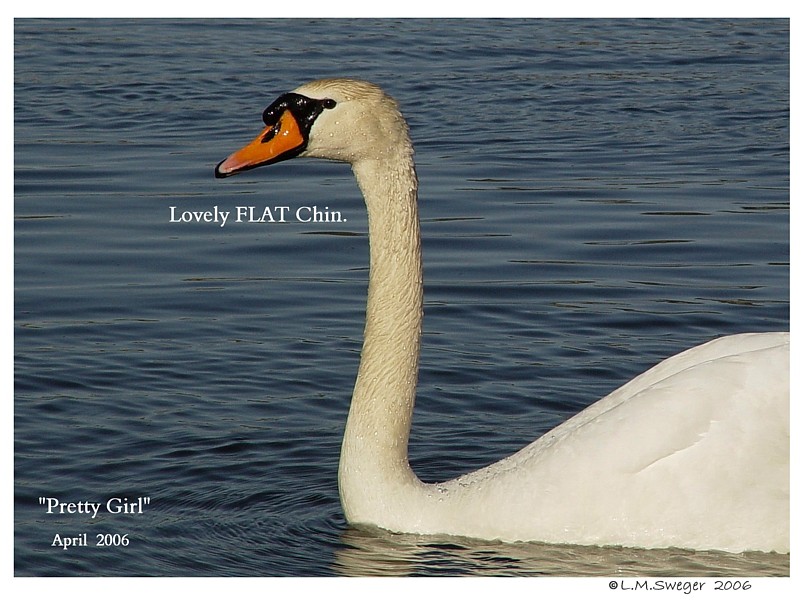 ATTENTION ALL SWAN CARETAKERS
LOOK Closely at the Images Below ! !
This NOT Normal Anatomy !!!
This is an UNDER TONGUE IMPACTION !!!
Do YOUR BEST to REMOVE these Wads of Dirt and Fibers. 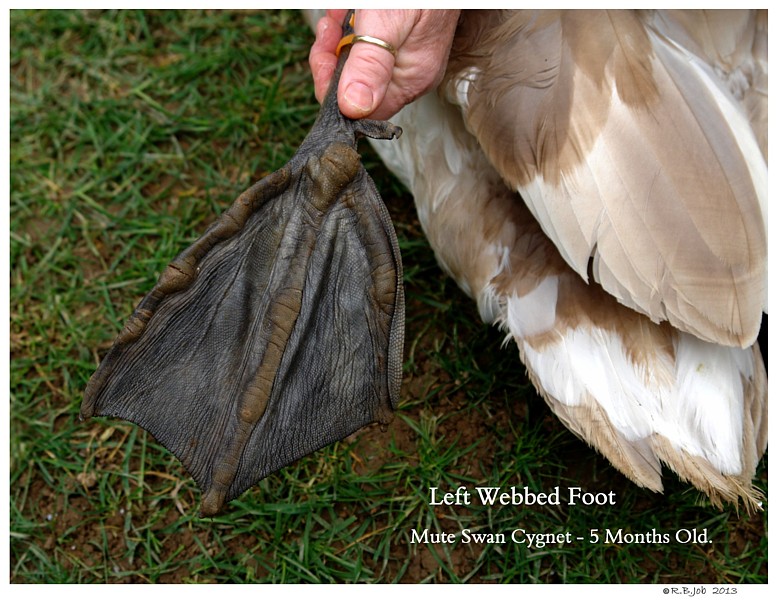 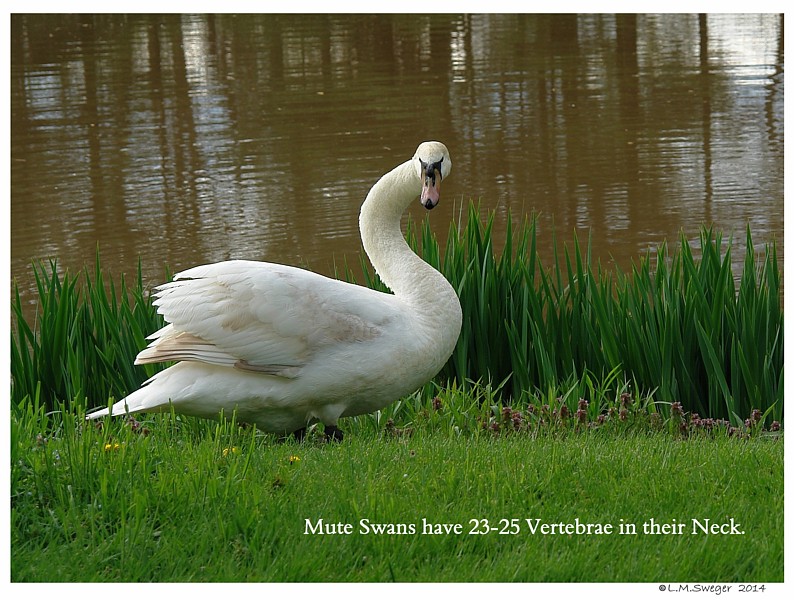 SHE has a VERY Large Knob…
The Size of the Mute Swan’s Knob is not a Reliable Way to Determine the Sex….

We Rescued the Swan Above.. he was under Weight in this Photo.
And Recovering from having his Left Wing Amputated..

If you get a Chance now and then
– Check the Color of your Swans Tongue.